skip to main | skip to sidebar

Skip Frye, Gliders, from an interview 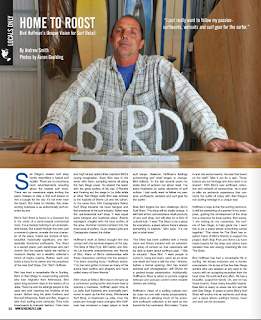 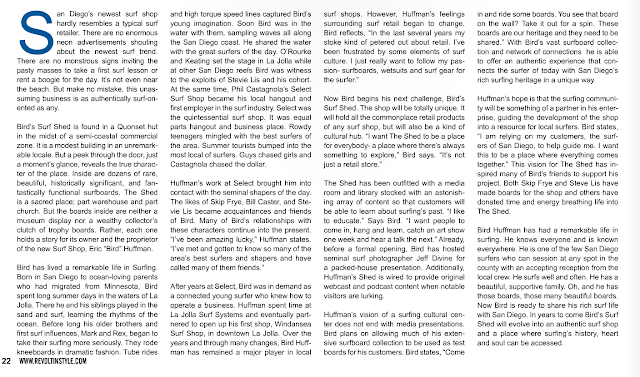 Posted by andrew at 4:50 PM No comments: 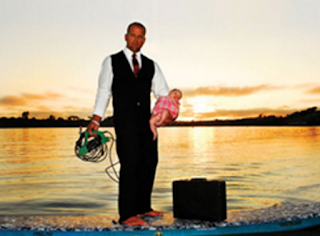 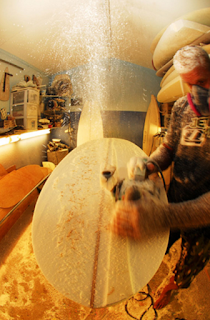 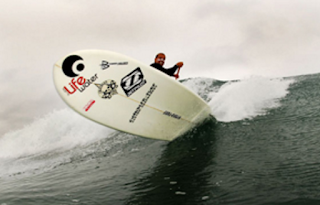 By Andrew Smith
Photos by Aaron Goulding (unless noted)
It’s become cliche´ to be a surfer in San Diego. Every stretch of coast from Imperial Beach to the Orange County line seems to be home to droves of faceless buoys, bobbing silently in the sea. Each car seems to be carrying a surfboard on its roof while zinc-screened groms peer through the windows. And why not? San Diego is a remarkably fortunate zone from a surfer’s perspective. Moderate weather and water temperature couple with easy coastal access and the kind of surf infrastructure that make learning to surf convenient. Surf camps raise children to be surfers while their parents deal with their midlife crises by waxing up and hitting the waves.
But in the midst of the great crush of superficially stoked surf dabblers there are those who earn the right to be called true watermen. Scott “Channy” Chandler stands as a paradigm in this regard. He has been scuba certified since he was eleven. He holds the world record for catching a 170 pound mako shark off of a surfboard. He has competed with legends like Joey Buran and Mark Occhilupo. He is the only San Diego surfer seeded into the prestigious Jaws Invitational big wave event. He is a transcendent surfer.
“I’ve always been a stoked surfer, but I’ve also always had a hunger to push myself in new directions with my surfing.” says Chandler.  In the mid eighties Scott Chandler embarked on a journey that would change the course of his life forever. Finding himself enthralled by the surfing life he made his way to Mecca, the North Shore of Oahu. While on the island enjoying the warm water and fantastic surf, Chandler learned to shape surfboards under iconic craftsmen Dick Brewer and Owl Chapman. He also challenged himself with waves that had real consequence, far different than those he found at home in San Diego. “Pipeline is where I really cut my big-wave teeth,” Chandler recalls. “I got to surf with Gerry Lop  ez and all the big names but it was that spot that is the real star in my mind.”  Hawaii is where he developed a taste for large waves and discovered his talent for riding the pacific beasts.
There is not a whisper of wind moving across the water where Chandler sits on his Jet Ski, ready to be towed into sixty foot waves at Cortez Bank. These treacherous and awe-inspiring mountains of water appear in the middle of the ocean some hundred miles off of the San Diego coastline. Here, powerful swells push onto submerged undersea mounts to produce the incredible waves Chandler has come to ride. Chandler remembers, “In the 80’s a fisherman told me about the waves at The Bank. I just thought there was no way he was right. It turns out there really are these amazing big waves in this surreal location. “ As his surf session plays out Scott finds himself exhilarated by the experience, while somehow finding calm at his center. It seems big-wave surfing brings Chandler to a point of understanding, almost ecstatic recognition of how fortunate he is to be at play with nature’s most amazing forces. “I’ve always felt excitement and fear with big waves. It’s that fear that draws me to it. It teaches me about my limits.” Chandler confides.
Scott Chandler is not all about big waves and jaw dropping feats. As an early adopter of the standup paddleboard phenomenon, Chandler has had the opportunity to explore the nuance and capabilities of the discipline. He has ridden standup boards in double overhead barrels in mainland Mexico and used them to cruise the mellow summer days in his local surf spots. Today, you will find his image displayed heavily in standup paddle publications of all kinds. “Some people don’t like the standup thing,” Chandler notes. “People don’t like change. I embrace it and look at it as a new exploration.”
Chandler uses his accumulated experience to create fantastic surfboards, standup paddleboards, kiteboards, and all manner of other watercraft. He also does stunt work, film work, and water safety at big wave surf events. Making his living as a surfer and surfboard shaper has brought him deep satisfaction personally. Now, Chandler is giving to others through his talents. Recently, Chandler participated in a fundraising endeavor to raise money supporting animal charities. Not surprising for a surfer who has won the Coronado Surfing Dog competition with his canine companion four years in a row. He is even teaching his pot-bellied pig to surf.
Scott Chandler demonstrates the most compelling aspects of what being a surfer can mean. He is physically healthy, emotionally grounded,  and singularly devoted to interacting with nature at peak levels. He finds the joy grown from years of living a surfer’s life to both enrich him personally and benefit those around him. A committed father, Chandler shows that surfers can responsibly balance home responsibilities with the ever-present draw of the ocean. Amongst hoards of San Diego surf-clones, Scott Chandler has stood as an original for years. He will continue to stand as a unique individual as he extends his exploration of surfing performance.

Posted by andrew at 4:48 PM No comments: